The Mac App Store is almost exactly 8 years old as I write this (it was first released to the public on January 6, 2011). When we first heard about the new store coming to our beloved Macs, we weren’t entirely surprised. It’s cousin The App Store (on iOS) had already been out for a… Read More 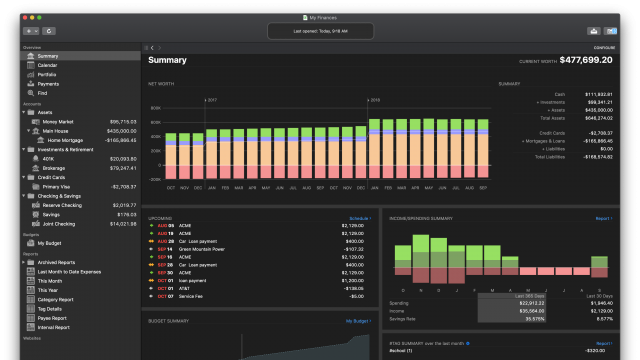 Today I’m pleased to announce the immediate availability of Banktivity 7! For over the past year and a half we’ve been hard at work on bringing you the best version of Banktivity we’ve ever created. So without further ado, let’s jump in explore what is new in version 7! Dark Mode for Mojave Apple has… Read More

Every day I use Banktivity on my iPhone X. When I’m out and about I’m either entering transactions on the go or checking how much is in the Household category before buying stuff at the hardware store. Later on, when I’m at home in the kitchen I usually whip out my phone to answer some… Read More

Everyone has questions about their stimulus check. @OremTina explains how much you should get and when in a really… https://t.co/d69PwXVP4R